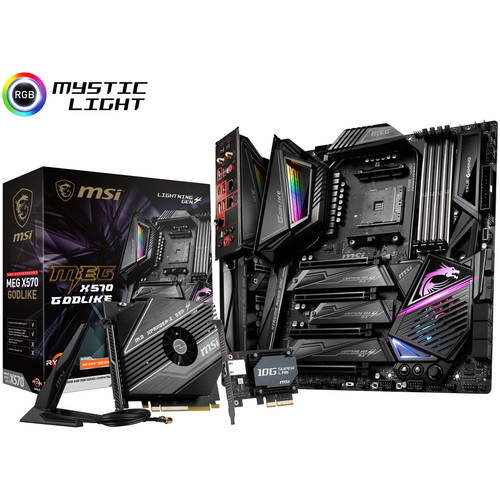 The PRESTIGE X570 GODLIKE AM4 E-ATX Motherboard from MSI is built on the AMD X570 chipset, supporting AMD Ryzen series processors with an AM4 socket. It has four RAM slots that can hold up to 128GB of dual-channel DDR4 memory at speeds of up to 3466 MHz when overclocked. For storage, there are six SATA III ports and two M.2 slots, one of which can operate at up to 32 Gb/s when used with a compatible NVMe drive. While this motherboard is equipped with DisplayPort and HDMI ports for onboard graphics, it also has a PCIe 3.0 x16 slot for a dedicated GPU as well as a PCIe 2.0 x16 and three PCIe 2.0 x1 slots for additional PCIe-based hardware. Other notable features include 5+ Optical S/PDIF Realtek ALC1220 Codec  7.1-channel HD audio, Intel I211AT Gigabit LAN, 802.11ac Wi-Fi, Bluetooth 4.2, and MSI Mystic Light RGB LEDs.

Note: Product delivery duration may vary due to product availability in stock.
Disclaimer: The actual color of the physical product may slightly vary due to the deviation of lighting sources, photography or your device display settings. 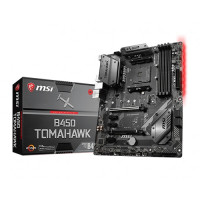 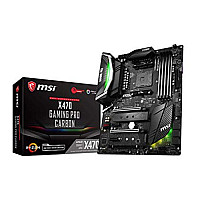 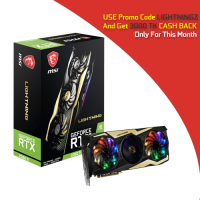